In sub-Saharan African (SSA), the use of injectable drugs has been long considered as a minor issue in terms of the numbers of people involved. Globally, 8% of PWID are estimated to reside in sub-Saharan Africa. A recent influx of heroin has led to a rise in injecting drug use, which has been recognized as a growing concern in coastal East Africa. In particular, Kenya, Tanzania, Madagascar, Reunion, Seychelles and Mauritius have endured a sharp increase in local heroin use. Heroin trafficking follows the southern pathway, a network of mainly maritime routes originating from Afghanistan and Pakistan, traversing the Indian Ocean, before arriving in East Africa. Hence, East Africa is a point of geographical significance and is widely considered the gateway for African narco-trafficking, with 90% of the imported heroin destined for distribution to both continental and global sites. In 2013, it was estimated that 22 tons of heroin passed through East Africa annually, with 2.5 tons being consumed locally. Costing as little as USD$1 per “hit,” it is estimated that 30,000 - 45,000 people inject heroin in Tanzania.In collaboration with Muhumibili University, we have screened and clinically assessed 250 injecting drug users in Dar-Es-Salaam. We have been able to validate the accuracy of simplified diagnostic tests (Mohamed et al. J Int AIDS society 2017, Lemoine et al. Lancet gastro hepatol 2018 and Mohamed et al. J Viral Hep 2018).
With the support of Prof. Elijah SONGOK (Nairobi, Kenya) and Dr Rajiv SHAH, we have also assessed 300 PWID in Mombassa (Kenya). The analysis is currently under progress. 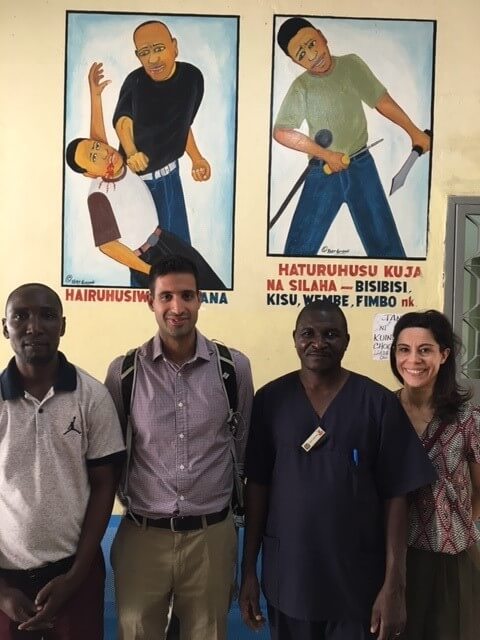